We are dedicated to Securing Your Edge.

We are a Trusted Integrator

We are a Product and Services company

We are compliant and certified

We are dedicated to securing your edge 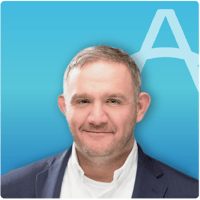 As CIO, Dylan Conner is accountable for making our mission a reality for customers and partners. That involves sustaining a diverse partner portfolio that aligns with current and emerging customer requirements, developing our presales architecture team, and advancing our technical capabilities. Prior to joining our team, Dylan Conner spent 18 years in IT sales, engineering, and leadership, working as chief architect on a range of major Federal Government IT programs. A lifelong Texas Longhorns fan, Dylan takes a keen interest in the intersection of technology, government, and the social impact of the digital transformation. He and his family live in Arlington, Virginia 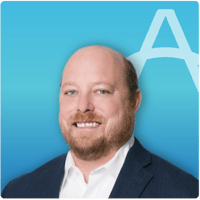 As the Chief Technology Officer for Archon Products, Michael Maice is responsible for overseeing and advising on the strategy for Archon product development, as well as evaluating new technologies to be integrated into the Archon product platform. Prior to joining our team, Michael spent 20 years in the United States Army as a Chief Warrant Officer and the CTO of the Joint Communication Support Element, as well as his industry experience as the Chief Innovation Officer for a ruggedized hardware manufacturer. Michael’s mission first perspective brings an understanding of the challenges and missions that our most important customers face daily. Michael Maice and his daughter call Tampa, Florida home where in his free time they enjoy a round of golf, a great meal, and University of Miami football. 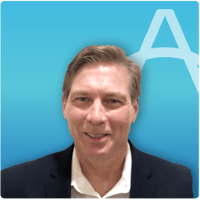 As Archon Secure’s Chief Strategy Officer, John leads with integrity and is charged with establishing the strategy for the company’s continued and sustained growth. A retired Brigadier General with the United States Marine Corps, John brings a wealth of experience in cybersecurity, supply chain processes, network architectures, and classified communications garnered from his years in leadership positions within the Marine Corps. During his time with the Marines, John commanded a logistics regiment in Afghanistan and a combat service support element in support of the Haitian and Cuban mass migrations. Outside of work, he supports veterans' causes and enjoys participating, and watching his children participate in, sports. 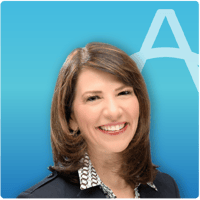 As Senior Vice President of Sales, Denise Sisson will create and execute the strategic plan for Archon Secures go-to-market sales strategy that will align with achieving the overall growth goals of the company. She will ensure the Archon Secure sales team has the right product portfolio, corporate resources, internal systems, and understanding of Archon Secures technical capabilities to bare value for their customers’ missions. Denise brings insight and passion to Archon Secure from her experience supporting customer missions with Dell, Eastman Kodak, and as a consultant for her own company 2Point0, LLC. Denise is an Ohio native with a Bachelor of Science from Miami University. Today, she roots for the Buckeyes from her home in Arlington, VA.  She enjoys gardening and travel to the OBX and abroad. 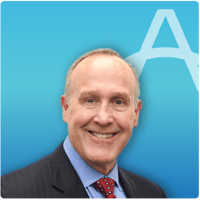 Mr. Timothy J. Healy began his career with the FBI as a special agent in 1986. He was promoted to the FBI Headquarters Economic Crime Unit as the telemarketing program manager in 1997. In 2000, he initiated the Internet Fraud Complaint Center and was promoted as its first unit chief. He transferred to the Baltimore Field Office in 2002 as a supervisory special agent, where he supervised the Innocent Images Squad, and later, a Computer Intrusion Squad.  In 2003, the FBI Director assigned him to stand up the new Terrorist Screening Center, and Mr. Healy was later promoted to deputy director of the TSC responsible for Operations, Administrative, and Information Technology Branches. In 2006, he was designated assistant special agent in charge of the Washington Field Intelligence Division and was designated as the special agent in charge of the division in 2007. In 2008, he was designated deputy assistant director of Law Enforcement Targeting and Response Branch within the Directorate of Intelligence. Mr. Healy was the Director of the Terrorist Screening Center (TSC) from February 2009 until February 2013. Tim then served as President of Ikun, a Small Disadvantaged Business 8(a) Certified Alaska Native Corporation (ANC) focused on Information Technology, Cyber Security, Security, Intelligence, and Law Enforcement support services. Following Ikun, Mr. Healy joined Buchanan & Edwards in March 2018 as the Director of Law Enforcement, National Security. 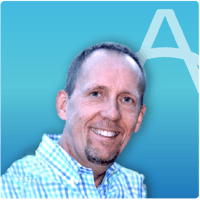 As the Senior Director, Services Business Management, Chris Boehringer is responsible for the resourcing, planning and financial alignment of all projects and programs within Archon Secure’s Services Branch. Prior to joining Archon Secure, Chris worked for the FBI for over 32 years in a number of Senior Executive positions which had him leading the FBI’s strategic planning efforts to overseeing the daily business management of the Bureau’s Intelligence Program. Born and raised in New England, Chris is a lifelong Patriots and Red Sox fan dedicated to continuously improving business processes and customer experiences. He lives in Annapolis, MD with his wife, Kelly and three daughters.

Our team of experts has configured hundreds of solutions for organizations throughout the globe. Let us help you make security simple.
Contact us